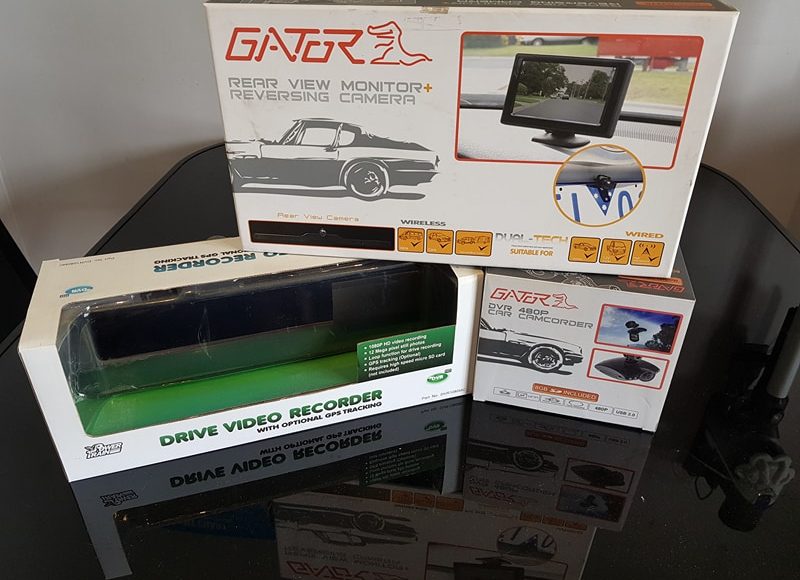 You may have noticed in the media lately a lot of Dash cam footage. Dash Cams are becoming very popular, and they have made themselves invaluable for Police and Insurance companies after accidents. If a picture is worth a thousand words, video of the things you see on the road is priceless.

But is a Dash Camera for you? What types are there available and what type should you get?

A dash cam is a small camera that can be mounted on the windscreen or dashboard of your car. Cameras can also be mounted on the rear and sides of your vehicle. In some cases, also inside the vehicle. The camera records any activity going on around the car to be used as evidence in case of an incident.

Dash cams can cost anywhere from $60 for low-end models to well over $500 for a top quality model. They consist of a single or double lens digital camera that mounts via a suction cup to your window or dashboard, powered through direct 12-volt wiring to your vehicle, batteries, or the cigarette lighter. As soon as you start your car, the camera records video directly to an SD card on a continuous loop.  Some record sound, some can record in night vision, and some even have built-in GPS so you know where something was recorded. .

The top most common car accidents in Australia are rear-ended crashes, followed by Side-on crashes then head-on crashes. Most people tend to choose front facing dash cams, but it is worthwhile considering rear facing cameras and side cameras as you are more likely to find them useful in the event of an accident

There are three main types of dash cam:

1 Front view cameras are among the best dash cams for capturing everything in front of you, including traffic you’re following. They’re the cheapest to buy,  but lack the ability to see what’s happened behind you.

2 Front and back view (or front and rear) dash cams offer the advantage of recording both the view in front and behind your car. Most accidents on the road happen at low speeds and involve rear-end collisions. Investing in a dash cam that offers both views could be worth the extra expense in case you’re involved in an accident.

3 Custom side view cameras can be mounted to give you a 360 degree view.

4 Cabin view car cameras provide you with a bird’s eye view of what’s happened inside your car. Mostly used in taxis and car services.

Benefits of Installing a Dash Cam

Dash cams provide  irrefutable video evidence in the event of a road incident. They can save money on paying insurance excess if an incident wasn’t your fault and maintain your no claim history. Dash cams can provide protection and evidence from hit and run incidents, car theft and malicious damage and they are easy to install and easy to use.

In most circumstances, Dash cams are perfectly legal to use in Australia. The only real exception is if you use it to record a private act. You also need to ensure that the cam doesn’t obstruct your vision and adhere to the same GPS/phone mount rules for Queensland  Because dash cams record video (and possibly audio), they could potentially be considered electronic surveillance devices. In some Australian states, secretly recording conversations is against the law. This is unlikely to be an issue when driving around in a vehicle, but you should probably let your passengers know that their conversations might be picked up by the dash cam. Alternatively, just buy a model that doesn’t record audio.

At the end of the day the main benefit of a Dash Cam is peace of mind. If you would like to install a Dash Cam please give me a call, Sandro Townsville Mobile Mechanic, on 0400 401 171.