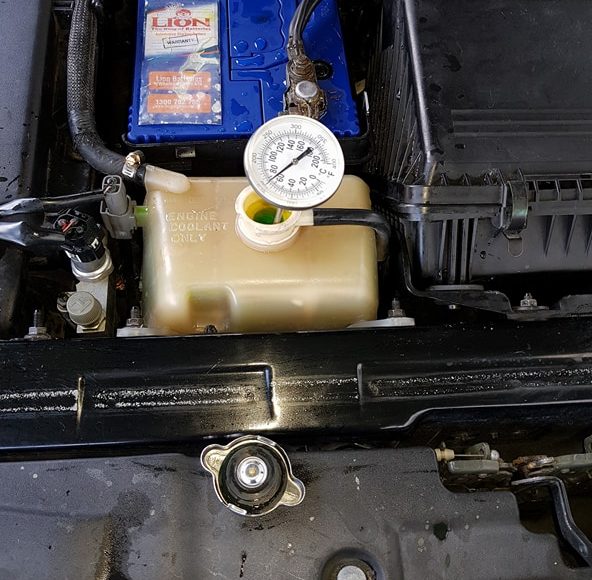 Although automotive technology has come al long way it is still not very efficient at turning chemical energy into mechanical power. The process creates a of heat. The primary job of the cooling system is to keep the engine from overheating by transferring this heat to the air, but the cooling system also has several other important jobs.

1 Ensure the cooling system remains at a consistent temperature (about 93 degrees Celsius) to optimise performance.

2 The combustion chamber is hot enough to vaporise the fuel entirely, allowing for more efficient combustion and less emissions.

3 The oil used to lubricate the engine has a lower viscosity (it is thinner), so the engine parts move more freely, and the engine wastes less power moving its own components around.

4 The metal parts will wear slower.

There are two types of Cooling Systems: Air Cooling and Liquid Cooling. Today we are looking at Liquid Colling as it is more common.

Some older cars, and very few modern cars, are air-cooled. Instead of circulating fluid through the engine, the engine block is covered in aluminium fins that conduct the heat away from the cylinder. A powerful fan forces air over these fins, which cools the engine by transferring the heat to the air. 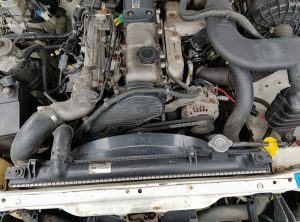 A liquid-cooled engine block and cylinder head have interconnected coolant channels running through them. At the top of the cylinder head all the channels converge to a single outlet. A pump, driven by a pulley and belt from the crankshaft, drives hot coolant out of the engine to the radiator, which is a form of heat exchanger. Unwanted heat is passed from the radiator into the air stream, and the cooled liquid then returns to an inlet at the bottom of the block and flows back into the channels again.

Usually the pump sends coolant up through the engine and down through the radiator.The radiator is linked to the engine by rubber hoses and has a top and bottom tank connected by a core a bank of many fine tubes. The tubes pass through holes in a stack of thin sheet-metal fins, so that the core has a very large surface area and can lose heat rapidly to the cooler air passing through it.

On older cars the tubes run vertically, but modern, low-fronted cars have crossflow radiators with tubes that run from side to side.

The extra pressure is limited by the radiator cap, which has a pressure valve in it. Excessive pressure opens the valve, and coolant flows out through an overflow pipe.

In a cooling system of this type there is a continual slight loss of coolant if the engine runs very hot. The system needs topping up from time to time. Later cars have a sealed system in which any overflow goes into an expansion tank, from which it is sucked back into the engine when the remaining liquid cools.

The radiator needs a constant flow of air through its core to cool it adequately. When the car is moving, this happens anyway; but when it is stationary a fan is used to help the airflow.

The fan may be driven by the engine, but unless the engine is working hard, it is not always needed while the car is moving, so the energy used in driving it wastes fuel. To overcome this, some cars have a

If you think you may have a problem with your vehicle overheating call Townsville Mobile Mechanic on 0400 401 171 or visit our website www.townsvillemobilemechanic,com.au